The Troilus Project is located in Quebec, Canada, which is rated one of the world’s most attractive jurisdictions for mineral exploration and development (*according to the 2020 Fraser Institute's annual survey of mining industry). Furthermore, it is situated northeast of the Val-d’Or district within the “Plan Nord” territory.

Plan Nord is a 25-year, $80 billion development project initiated in 2011 by the Government of Québec. The aim of the Plan Nord is to promote the potential for mining, energy, tourism, and social/cultural development in Québec, north of the 49th degree of latitude.

The Plan Nord provides for a four-fold funding strategy where private sector partners will participate in the funding of infrastructure development. Government revenues resulting from economic development initiatives, along with direct and indirect tax spinoffs from public infrastructure projects will be reinvested in the Plan Nord.

“Investissement Québec”, the investment arm of the Government of Quebec, will take equity stakes in mining companies (and other businesses) as part of Plan Nord. Hydro-Québec will also contribute annually to development projects in the region. 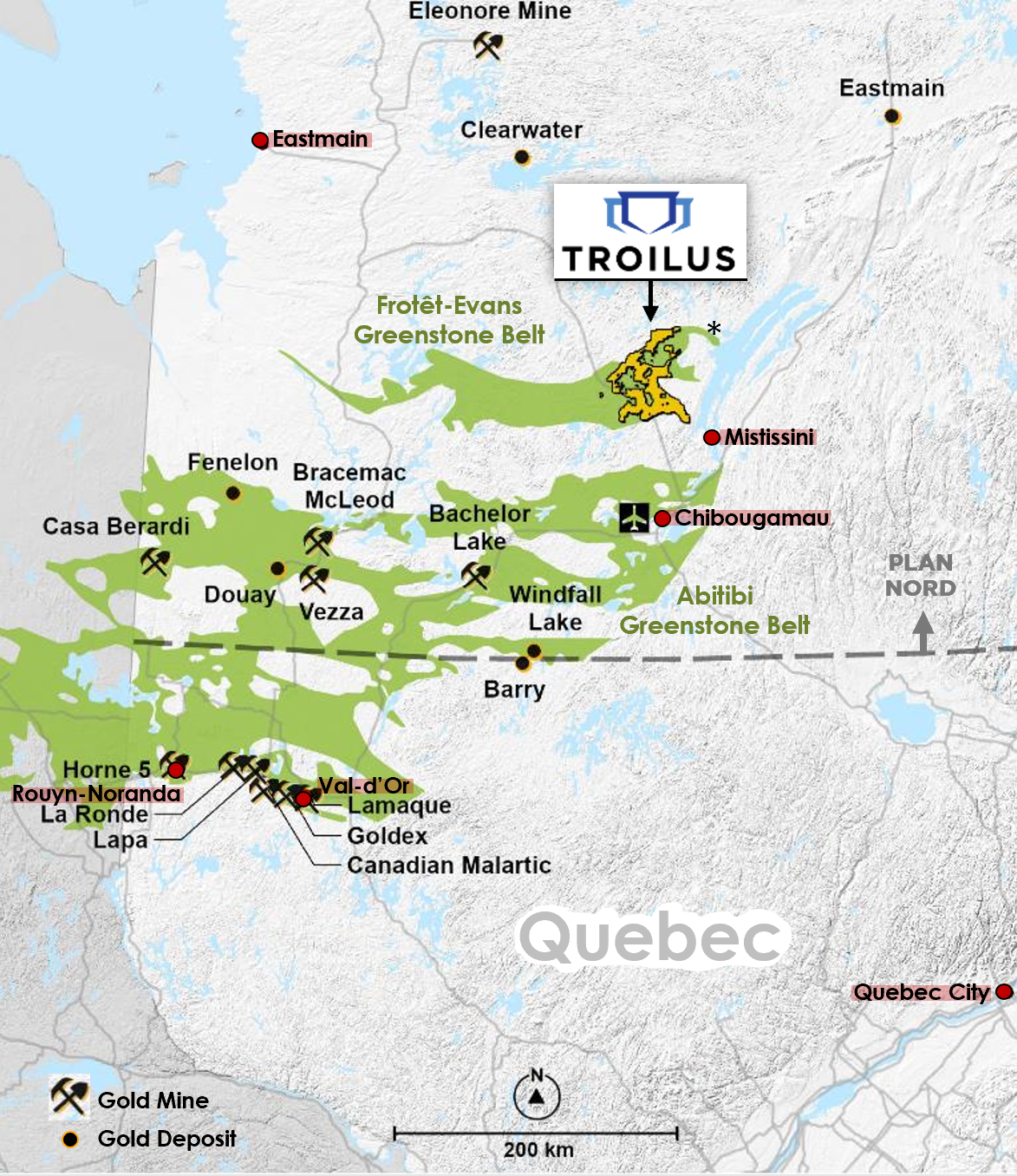 As a result of the former operating mine, the Troilus property already has well-established infrastructure.

The Troilus site can easily be reached by road from the towns of Chibougamau, Chapais and Mistissini (daily flights from Montreal).

Following the mine closure in 2010, the mill and camp were sold and subsequently dismantled. Key components of infrastructure remained, and since restarting exploration efforts, Troilus has expanded on the existing infrastructure at the project's site. 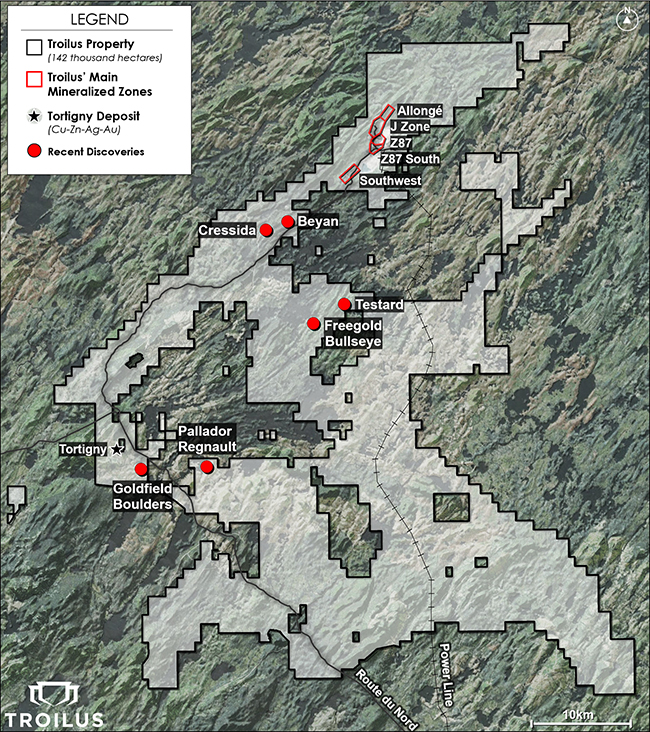 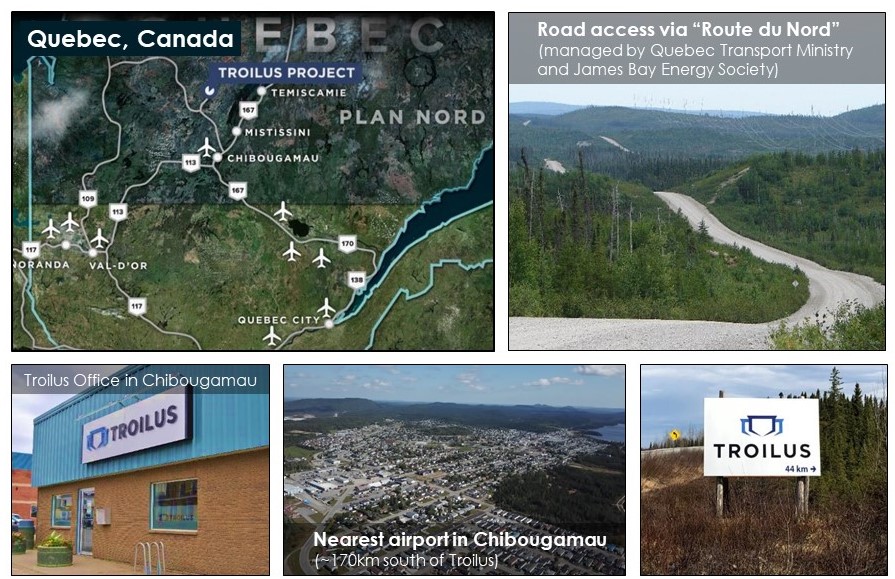